The Iron Age site of Kerkenes is located within the bend of the Kızılırmak river (ancient Halys river), in central Anatolia. Siting atop a granite batholith that dominates the surrounding landscape of rolling hills and valleys, the 271ha site is characterised by a dense urban fabric enclosed by a 7km-long stone wall.

Seven well-protected gates gave access to the city, whose layout reflected the complex topography of the mountaintop. The site was only inhabited for a short period of time – three generations or so – and its story ended in fire and destruction at the hands of foreign invaders, after which it lay abandoned for centuries until small groups of Hellenistic, Roman, and later Byzantine settlers occupied limited portions of its ruins.

After a short exploration in the 1920s by archaeologists from the Oriental Institute at the University of Chicago, the modern work began in 1993, led by Geoffrey and Françoise Summers. Upon Summers’s retirement, Scott Branting at the University of Central Florida took over the project in 2015. A thorough combination of remote sensing, geophysics, and excavation – an approach which has been a hallmark of the Kerkenes Project since its inception – has revealed the intricacies of an Iron Age mountaintop capital.

Often thought to be Herodotus’s famed Pteria, the large city destroyed during the war between Croesus of Lydia and Cyrus the Great of Persia in the 540s BCE, many questions remain about the site on the Kerkenes Dağı. Phrygian inscriptions and religious iconography point to a western presence in the city, but many aspects of its material culture and architectural tradition suggest a mixed origin for the inhabitants. The goal of the Kerkenes Project is to combine traditional archaeological techniques such as dendrochronology, ceramic analysis, zooarchaeology, and paleobotany with more advanced tools like photogrammetry, 3D simulation, visualisation, and augmented reality to elucidate those mysteries.

For more information about the Kerkenes Project visit our website.

Fig. 1. Hot air balloon photo of the northern end of the city.

Fig. 5. Electrical resistance survey carried out as part of the geophysical fieldschool. 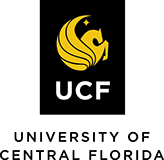