The site of Jerablus was identified by George Smith  with ancient Karkemish in 1876. Between 1878 and 1881 the British consul in Aleppo P. Henderson carried out some soundings at the site and shipped some sculptures to the British Museum in London who  organized at the site large scale excavations between 1911 and 1914 and again in 1920. The excavations were led by D.G. Hogarth, T.E. Lawrence, R. Campbell-Thompson, P.L.O. Guy and the famous Leonard. Woolley (director). The ruins of their Expedition House – built by Lawrence (of Arabia) in the first campaign – are still well visible in the inner town and many pictures document their daily life.

The results of these campaigns revealed features of the Iron Age town: a large ceremonial area (the “Lower Palace”) at the foot of the acropolis, from which the famous reliefs exposed in the Anatolian Civilizations Museum come; the city gates and its impressive walling; some houses in the outer town; and a very impressive palace on the acropolis, which was left mostly unexcavated due to the sudden interruption of the project when the French occupying forces were forced to retreat at the victorious arrival of Turkish troops in the Autumn of 1920.

Following the war, the border was established along the railway cutting the site: the most important part of the ancient town remained in Turkey (55 hectares), whereas part of the outer town is now in Syria (35 hectares). After the border was demarcated again in 1956, the area was mined and only in 2011 was de-mining completed.

Karkemish is one of the most important capital cities in the ancient Near East. Already attested in the Ebla texts (c.2300 BC), Karkemish became the seat of the Hittite viceroy and then of a local dynasty which flourished until the Assyrian conquest in 717 BC and the Babylonian destruction in 605 BC.

Stone-built monuments lavishly decorated with sculptures, Luwian hieroglyphic inscriptions and more than 20m-high city walls attest to the power of the town. In Hellenistic, Roman and Byzantine times, the site was a provincial city (impressive surface remains date from these later periods). First excavated between 1911 and 1920 by a British Museum expedition led by C.L. Woolley and T.E. Lawrence of Arabia, since 2011 Karkemish has been newly explored by a joint Turco-Italian Archaeological Expedition. 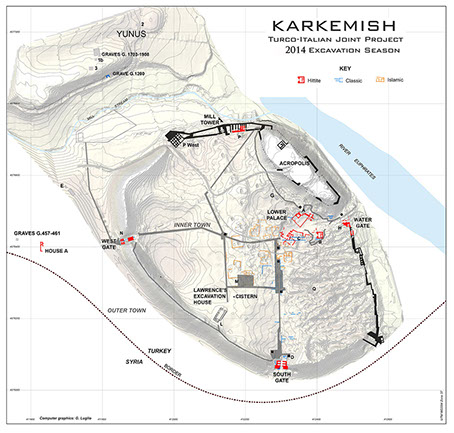 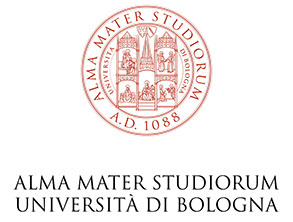